A native of England, Wes served three years active duty in Her Majesty’s Armed Services with The Light Dragoons as a reconnaissance soldier. Following his military service, Wes worked for Nissan Manufacturing United Kingdom in engine assembly and as a Maintenance Contractor to The United States Armed Forces in Germany, repairing Main Battle Tanks.  Upon completion of his contractor duties in Germany, Wes moved to the United States to continue his work with the US military.

After settling in Savannah with his wife, Kelly, and now five children; Wes gained employment with Georgia Ports where he has worked for over 6 years, starting as an Electro Mechanical Technician Foreman and currently working as the Terminal Manager for the Appalachian Regional Port. Wes has more than twenty-two years of work experience in heavy equipment repair and holds a Bachelor of Science Degree in Mechanics from The International Charter University.

A native of Georgia, Wes began his career in the transportation industry in 1985, working for a Shipping Line and two Stevedoring Companies before joining Georgia Ports in 1993.  At GPA, Wes held leadership positions in several departments including Docks and Warehouses and Special Projects, before serving as the Director of Container Operations at Garden City Terminal.  This year, Wes was promoted to Director of Strategic Operations and Safety and will be responsible for the development and operations of Inland Port facilities in Georgia.

Wes attended college at the University of Arizona, earning a Bachelor of Arts Degree, and the University of Denver where he earned a Master’s Degree in Intermodal Transportation Management.  Wes is married to Wendy and they have one daughter, Whitney, who is a sophomore at Georgia Southern University.

We're sorry, but all tickets sales have ended because the event is expired. 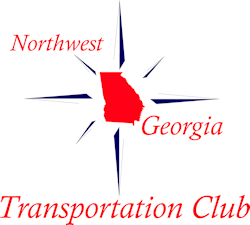